Contains video filmed at Synk;yet’s 2nd one-man live, [the Graceful Savior], held on July 20, 2014 at Takadanobaba AREA! Will be available for pre-sale at the stops on their 4-city tour set to kick off on October 18, [Expanding Inner Core]! 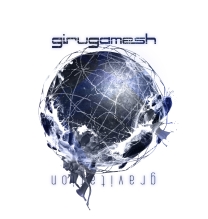 The end oft he world is close- at least if you believe in MUCCs words.

But before the world will end up in smoke, one of Japans most successful rock band is going to deliver their final gift: Their new album ,,The End Of The World”. The latest album is going to be released almost simultaneously with Japan and will contain a lot of well known hit-singles, such as ,,HALO” and the Meganebu! Anime-Opening ,,World’s End”. Besides those smashers, The End Of The World will include plenty of great songs: Some spherical, some straight forward but in the end always totally MUCC, which is of course the benefit of Tatsurous ,,one-of-a-kind” voice and Miyas impressive guitar skills. Apart from that, the European version got something really special to offer: Every copy will include a Miya guitar plectrum which is not included in the Japanese release. A totally ,,must-have” for every MUCC fan out there!

A collection of live footage not previously released, along with the new music video from their album [Double Twelve]. The footage from their live show on 2014 offers a glimpse of a unique world view unseen in their CDs and music videos. The DVD will consist of tracks that represent VELVET EDEN’s past and present, showcasing all of their ever-present glamour condensed into one work. The music video filmed at the same time, [Marionatte Waltz], was made in collaboration with the ball-jointed doll maker Shimizu Mari, reflecting the talents of both artists in its imagery. Even as VELVET EDEN constantly evolves, this DVD illustrates that their very roots remain unchanged.

A collection of Magistina Saga’s best music videos.
A compilation selected from all of Magistina Saga’s music videos, from the very first to the most recent! The DVD also includes footage from a portion of their first oneman live show on May 23, 2014! A sponsored release party will be held at Shinsaibashi Club ALIVE! on October 3.