“Our spirits will surely be handed down”
Songs from Misaruka’s early days have been reborn through re-
recordings by the current members! The CD includes tracks from two
singles that are no longer available for purchase in addition to the
never-before-recorded [-Curse of Contract-], for a total of five
tracks. Also comes with a DVD featuring the [-Amakusa-] music video
that fans have asked for! 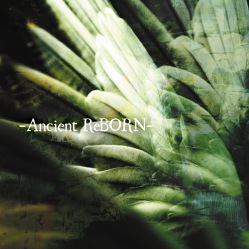 Filming is finally completed for the live-action movie adaptation of
“Hibi Rock,” the rock ‘n’ roll comic by Enokiya Katsumasa that has
found immense popularity since it began serialization in Young Jump in
2010. Directed by Irie Yu of “SR: Saitama no Rapper” fame, the film’s
all-star cast is led by Nomura Shuhei and Nikaido Fumi. Upon
completion of filming, it was revealed that a unique cast was brought
together to appear as the band members in the movie.

Nomura Shuhei plays Hibinuma Takuro, a dull high schooler who’s not
very good at sports or studies and has no girlfriend. But when he’s
playing rock music, he can truly be himself. The sense of release is
so extreme that he has even stripped nude during a performance…
that’s his style of “Hibi Rock.” One day, a friend invites Takuro to
start a band called Rock ‘n’ Roll Brothers, in which he becomes the
guitarist and vocalist.

After graduation, the three friends don’t want to give up on their
dream, so they officially begin their band activities at the legendary
livehouse Monster GOGO. Then, during one Rock ‘n’ Roll Brothers gig, a
drunk young woman named Utagawa Saki (played by Nikaido Fumi) barges
onto the stage, grabs Takuro’s mic, and starts to sing “Ameagari no
Yozora ni” by RC Succession at the top of her lungs. It turns out she
is a top idol who has earned worldwide fame for her original style.

Nomura portrays Hibinuma Takuro, the protagonist, and Nikaido plays
the top idol Utagawa Saki, the woman who changes his destiny.

The light-hearted bassist of The Rock ‘n’ Roll Brothers, Kusakabe
Mamoru, is played by Maeno Tomoya, who also recently contributed his
talents to “Seiten no Hekireki” and “Bannou Kanteishi Q – Mona Lisa no
Hitomi.” Shinjo, the flashy, attractive vocalist of rival band The
Langoliers, is brilliantly played by Ochiai Motoki, also known for his
role in “Yamikin Ushijima-kun Part 2.”

In addition, and befitting of a rock ‘n’ roll film, “Hibi Rock”
features many musicians making their silver screen debut. The drummer
of The Rock ‘n’ Roll Brothers, Yoda Akira, is played by Kuroneko
Chelsea drummer Okamoto Keisuke. Inukai Yuichiro of Dog Rape is played
by The SALOVERS vocalist Furutachi Yutaro. Plus, visual kei band
Misaruka appears as the members of The Langoliers.

Filming for “Hibi Rock” began in April 2014, capturing various
locations around Tokyo and neighboring towns before finishing on May
3. The filming of the climax battered nearly the entire cast with
winds reaching speeds of 27 m/s and 69 tons of rain, continuing
through the night for two full days before the epic scene was completed.

“Hibi Rock” comes to theaters around Japan in fall 2014.

We’re very pleased to host the first UK appearance from Cecile Tiger Again, an all girl group fronted by Sayuri Hashimoto – an underground icon in Nagoya where she runs ace indie label abcdefg* records (whose slogan is ‘WE LOVE INDIEPOP! … AND GIRAFFE’) as well P+M Magazine, which handily comes loaded with its own MP3s. She’s also a secret member of Scottish legends BMX Bandits, joining the band occasionally on stage in the UK and Japan.

Back by popular demand is NO CARS, who we’re pretty sure must’ve had at least one member from Nagoya in their career so far. They’ve just released their new album Yoko Makes Tits Bigger With Airbrush and are ready to show it off live with their unique live show. According to their site they are ‘like that band from Kill Bill. Fun, cute, mess’ – which sounds pretty spot on to us.

PLUS! Stand up comedy from Nagoya’s Yuriko Kotani – in English!

Here’s a video of Cecile Tiger Again in action: https://www.youtube.com/watch?v=R2MoPNdakUU

“A song that only speaks can create nothing. Let us play this anthem
together”
Magistina Saga’s first full album includes 5 brand new songs, 1 SE
track, and 5 songs never formally released on CD, for a total of 11
tracks. This release presents a theme of challenge and transformation
through a new sound, while still retaining the brilliant perspective
and strings Magistina Saga is known for in perfect harmony with the
new elements! Sound arrangement is provided by Yuu (lix), and the
cover art is once again illustrated by Hiroshi (SUICIDE ALI)! The
album will be available for pre-sale at their first one-man live, on
May 23, 2014 at Shinsaibashi Club ALIVE! 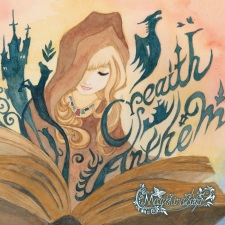